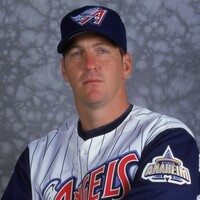 Troy Percival Net Worth: Troy Percival is a retired American professional baseball player who has a net worth of $22 million. Troy Percival was born in 1969 in Fontana, California. He played college baseball in the late '80s at the University of California Riverside before the California Angels selected him in the sixth round of the 1990 amateur draft. Percival made his pro debut on April 26, 1995 with the Angels, where played for nearly a decade until 2004. Percival, a right-handed pitcher, went on to play for the Detroit Tigers in 2005, the St. Louis Cardinals in 2007, and the Tampa Bay Rays from 2008 until 2009. Percival previously took time away from the game after his 2005 season with the Tigers as he tried to rehab from an injury. He began working as a minor league coach and decided to return to pro baseball, when he landed with the St. Louis Cardinals. He is a four-time MLB All-Star, earning the honor in 1996, 1998, 1999, and 2001. He was part of the Angels' team that won the 2002 World Series championship. Percival last played on May 21, 2009 as a member of the Rays. He finished his pro career with 703 game appearances and a 35-42 win-loss record. Percival had an earned run average of 3.17 to go along with 781 strikeouts. He recorded 358 career saves.