Troy Glaus net worth: Troy Glaus is an American former professional baseball player who has a net worth of $40 million dollars. Troy Glaus was born in Tarzana, California, and was drafted by the Anaheim Angels in 1997. He made his Major League debut for the team in 1998, and went on to play very successfully for them through 2004.

While with the team, he was a three-time All-Star selection, AL Home Run Champion, a two-time Silver Slugger Award winner, and a Babe Ruth Award Winner. The Angels also won the World Series in 2002, and he was named World Series MVP. In 2005, he signed with the Arizona Diamondbacks, and played one season with the team. He then went on to play, briefly, for the Toronto Blue Jays, the St. Louis Cardinals, and the Atlanta Braves. Numerous injuries have plagued his ability to play for the last few years, and he is not currently signed, though he has not officially announced his retirement. 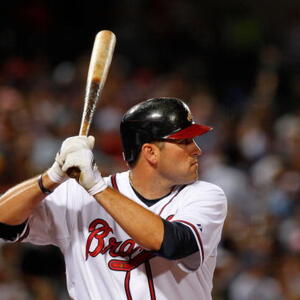