Trot Nixon Net Worth: Trot Nixon is a former American professional baseball player who has a net worth of $13 million. Trot earned a little over $30 million during his time in Major League Baseball which lasted from 1998 to 2007. His career-high salary came in the 2005 and 2006 seasons when he earned $7.5 million per year.

He was born Christopher Trotman Nixon in 1974 in Durham, North Carolina. Trot Nixon was drafted out of high school by the Boston Red Sox before he had a chance to play football at North Carolina State University, where he had been comitted. Nixon made his Major League Baseball debut on September 21, 1996, with the Red Sox. He played with the club until 2006. Nixon later joined the Cleveland Indians in 2007 and the New York Mets in 2008. He last appeared with the Mets on June 28, 2008. He landed a minor league deal with the Milwaukee Brewers at the end of the 2008 season, but was released in early 2009, and decided to retire. Nixon, a left-handed right fielder, finished his career with a .274 batting average to go along with 137 home runs and more than 500 runs batted in. He won the only World Series championship of his career as a member of the Red Sox in 2004. Nixon has two sons with his wife, Kathryn. He was slated to fly into Boston on the day of the September 11 terrorist attacks in the United States to be with his wife during the birth of his first son. Nixon now lives in North Carolina with his family where he co-hosts a Friday night high school football show. 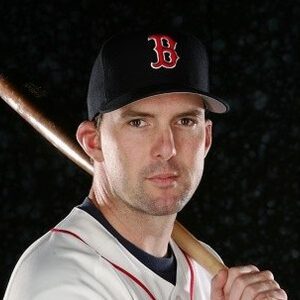