Travis Ishikawa net worth: Travis Ishikawa is an American professional baseball player who has a net worth of $1 million. Travis Ishikawa was born in Seattle, Washington in September 1983. He is a first baseman and left fielder who bats and throws left handed. Travis lettered in baseball and led his team to the Washington State Class 4A Title at Federal Way High School.

He was drafted by the San Francisco Giants in the 21st round of the 2002 Major League Baseball Draft. Ishikawa was given a $955,000 bonus to prevent him from attending Oregon State University. Travis played in the minor leagues before making his MLB debut for the Giants in 2006. He played for the Giants tat year but was reassigned to the minor leagues for the 2007 season. He came back up with the Giants from 2008 to 2010. Ishikawa played for the Milwaukee Brewers in 2012 and the Baltimore Orioles and New York Yankees in 2013. He played for the Pittsburgh Pirates in 2014 before signing back with the Giants the same year. Ishikawa won a World Series Championship with San Francisco in 2010. 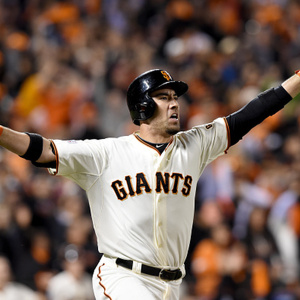