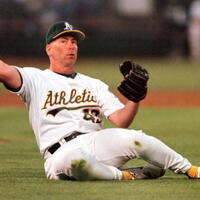 Tom Candiotti Net Worth: Tom Candiotti is a former American professional baseball player who has a net worth of $13 million. Tom Candiotti was born in Walnut Creek, California, in 1957. He played college baseball for Saint Mary's College of California near his hometown, where he pitched for four years before failing to get drafted into Major League Baseball. Candiotti played in Canada and attracted the attention of MLB scouts; he was sold to the Kansas City Royals in 1980. Eventually, Candiotti was chosen by the Milwaukee brewers during the Rule 5 Draft and he made his MLB debut on August 8, 1983 with the team. He played with the Brewers until 1984 before joining the Cleveland Indians from 1986 until 1991. Candiotti later played with the Toronto Blue Jays in 1991, the Los Angeles Dodgers from 1992 until 1997, the Oakland Athletics from 1998 until 1999, and the Indians a second time in 1999. The right-handed pitcher finished his pro playing career with a 151-164 win-loss record to go along with an earned run average of 3.73 and more than 1700 strikeouts. He last appeared with the Indians on July 24, 1999. Following his retirement, Candiotti landed a job in the Indians organization with the front office. He later worked as a broadcaster and analyst with ESPN and "Baseball Tonight." Candiotti now works for the radio team for the Arizona Diamondbacks. He has been married several times.