Todd Frazier net worth: Todd Frazier is an American professional baseball player who has a net worth of $7 million. Todd Frazier was born in Point Pleasant, New Jersey in February 1986. He is a third baseman who bats and throws right handed. Frazier's team won the Little League World Series in 1998 and he was the Big East player of the year at Rutgers.

Frazier was drafted #34 by the Cincinnati Reds in the 2007 Major League Baseball Draft. He made his MLB debut for the Cincinnati in 2011 and has played for the Reds his entire career. Frazier is a two time MLB All-Star in 2014 and 2015. In 2015 he won the Home Run Derby championship. He also won a Gold medal in 2006 representing the United States at the World University Championship. In 2015 Frazier signed a two year deal worth $12 million. His brothers Jeff and Charlie Frazier have also played in MLB. 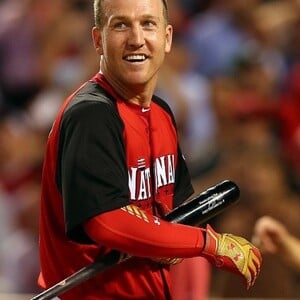