Tim Wakefield Net Worth: Tim Wakefield is a former American professional baseball player who has a net worth of $23 million. Born in Melbourne, Florida, in 1966, Tim Wakefield played college baseball at Florida Tech. The Pittsburgh Pirates drafted him 1988 as a first baseman. While in the farm system, he began working on his pitching, and later made his Major League Baseball debut with the Pirates on July 31, 1992.

Wakefield played with the Pirates until 1993 before joining the Boston Red Sox in 1995. Wakefield went on to spend close to two decades in Beantown and became the team's longest-serving player at the time of his 2012 retirement (17 years). Wakefield, a right-handed starting pitcher, earned All Star honors once in his career (2009). He was nominated for the Roberto Clemente Award eight different times, winning in 2010. He previously earned American League Comeback Player of the Year honors in 2995. Wakefield won two World Series championships with the Red Sox in 2004 and in 2007. He finished his career with a 200-180 win-loss record, a 4.41 earned run average, and 2,156 strikeouts. He holds several team records, including innings pitched as a member of the Red Sox. Following his retirement, Wakefield worked as a broadcaster and co-owns the Massachusetts restaurant Turner's Yard with fellow athlete and NHL'er Shawn Thornton. He is heavily involved in several charities, including CaberKnuckle. He has been married to his wife, Stacy Stover, since 2002, and they have two children together. 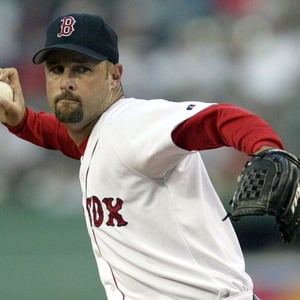