Tim Hudson net worth: Tim Hudson is an American baseball player who has a net worth of $50 million dollars. Tim Hudson was born in Columbus, Georgia, and played exceptional baseball during high school, eventually leading his team to a State Championship. However, his size and weight proved problematic for recruiters, and he was not offered any athletic scholarships, nor did he receive any draft interest. He enrolled at Chattahoochee Valley Community College, a two-year college and by his second year, he led the nation in strikeouts. He then went on to attend Auburn University, where he continued to excel. He went on to earn SEC Player of the Year and All-American honors. The Oakland Athletics drafted him in 1994, and again in 1997. He made his Major League debut in 1999, and went on to play for the team through 2004. While with the Athletics he was a two-time All-Star selection, and he led the American League in wins in 2000. He then played for the Atlanta Braves from 2005 to 2013. In 2010, he was an All-Star selection, National League Comeback Player of the Year, and the winner of the Hutch Award. He signed with the San Francisco Giants in November of 2013. 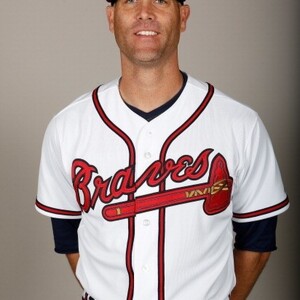