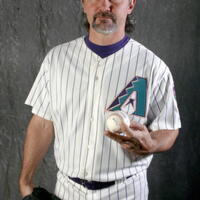 Terry Mulholland Net Worth: Terry Mulholland is a retired American professional baseball player who has a net worth of $13 million. Born in Uniontown, Pennsylvania, in 1963, Terry Mulholland played college baseball in Ohio at Marietta College and studied sports medicine. The San Francisco Giants drafted him during the first round of the Major League Baseball draft while he was a junior in high school. Mulholland made his pro debut on June 8, 1986 with the Giants, and he played in the Bay Area until 1989. Mulholland went on to join the Philadelphia Phillies from 1989 until 1993, the New York Yankees in 1994, the Giants a second time in 1995, and the Seattle Mariners in 1996. Mulholland played for the Giants a third time in 1997 before going on to play for the Chicago Cubs until 1999, the Atlanta Braves from 1999 until 2000, the Pittsburgh Pirates in 2001, the Los Angeles Dodgers from 2001 until 2002, the Cleveland Indians from 2002 until 2003, the Minnesota Twins from 2004 until 2005, and, finally, the Arizona Diamondbacks in 2006. His last in-game appearance was on June 3, 2006 as a member of the Diamondbacks. He finished his pro playing career with a 124-142 win-loss record to go along with a 4.41 earned run average and 1,325 strikeouts. He earned All-Star honors once in 1993. Mulholland pitched the only no-hitter of his career on August 15, 1990. Mulholland is a partial owner of a bar in Scottsdale, Arizona. He has been married at least twice.