Terry Kennedy net worth and salary: Terry Kennedy is an American retired professional baseball player who has a net worth of $3.5 million dollars. Terry Kennedy was born in Euclid, Ohio in June 1956. Kennedy was a catcher who played his college ball at Florida State University where he was a two time All-American as well as the Sporting News College Player of the Year in 1976.

Terry was inducted into the FSU Athletics Hall of Fame in 1982. He was drafted by the St. Louis Cardinals as the #6 pick in the 1977 Major League Baseball Draft. He played 14 seasons in the Major Leagues for the Cardinals, San Diego Padres, Baltimore Orioles, and San Francisco Giants. During his career Kennedy was a four time All-Star and won the Silver Slugger Award in 1983. He hit 113 home runs and recorded 628 RBI. He tied the record set by Johnny Bench for 40 doubles in the NL in 1982. Terry played in a World Series for both the Padres and the Giants. After he retired following the 1991 seasons, he managed and coached for several minor league teams including the Cardinals, Padres, Montreal Expos, Seattle Mariners, Chicago Cubs, and Los Angeles Dodgers. He was named Manager-of-the-Year twice. In 2005 he won his only championship as a member of the San Diego Surf Dawgs. 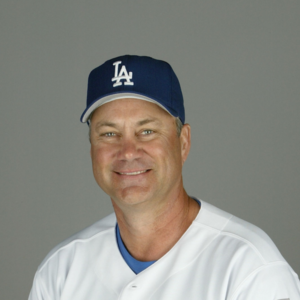