Steve Sax net worth: Steve Sax is an American former professional baseball player who has a net worth of $8 million. Steve Sax was born in West Sacramento, California in January 1960. He was a second basemen who batted and threw right handed. He was a standout player at James Marshall high School before being drafted in the ninth round of the 1978 Amateur Draft by the Los Angeles Dodgers.

Sax made his Major League Baseball debut for the Dodgers in 1981 and played for Los Angeles until 1988. He played for the New York Yankees from 1989 to 1991, the Chicago White Sox from 1992 to 1993, and the Oakland Athletics in 1994. Sax won a World Series championship in his first year with the Dodgers and again in 198. He was named the National League Rookie of the Year in 1982 and won a Silver Slugger Award in 1986. Sax was a five time MLB All-Star. He developed what was later referred to as "Steve Sax Syndrome" in 1983 and seemed to be "cured" by 1989. From 2012 to 2013 he was the first base coach of the Arizona Diamondbacks and returned to the Dodgers in 20125 as an Alumni member of the Community Relations team. 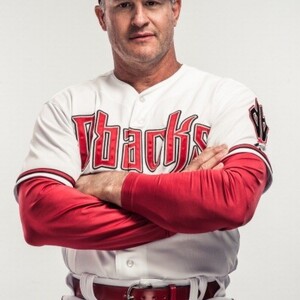