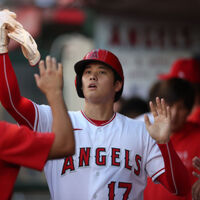 What is Shohei Ohtani's net worth?

Shohei Ohtani is a professional baseball player from Japan who has a net worth of $10 million. Ohtani is a pitcher, outfielder, and designated hitter for the MLB's Los Angeles Angels. Previously, he played in the NPB's Pacific League for Japan's Hokkaido Nippon-Ham Fighters. With the Angels in 2018, Ohtani won the American League Rookie of the Year Award.

Shohei Ohtani was born in 1994 in Ōshū, Iwate, Japan. He went to Hanamaki Higashi High School, where he pitched for his school's baseball team. At 18 years of age, Ohtani was already proving his incredible ability by throwing a 99 mph fastball. In the 2012 18U Baseball World Championship, he recorded 16 strikeouts, eight walks, and five runs. Ohtani's success drew the interest of many MLB teams, including the Boston Red Sox, New York Yankees, Los Angeles Dodgers, and Texas Rangers. However, despite his wish for an MLB career, Japan's Hokkaido Nippon-Ham Fighters decided to draft him instead. Ohtani ultimately signed, with the intention of joining the MLB afterward.

Playing as a right fielder, Ohtani made his debut in the Fighters' season-opening game in March of 2013. He also served as a pitcher, finishing the season with a 3-0 record in 11 starts. Although he had average numbers overall, the fans voted Ohtani into the All-Star Game.

Success with the Fighters

For his second season with the Fighters in 2014, Ohtani continued to pull double duty as both a pitcher and an outfielder. As a hitter, he batted .274, while as a pitcher, he had a 2.61 ERA in 24 starts, and struck out 179 in 155.1 innings. In a September game against the Orix Buffaloes, his homer at Kyocera Dome made him the first Japanese player to achieve double digits in both home runs and wins. A week later, he threw a 1-0 shutout against Orix. Further notable achievements followed. In the summer of 2014, Ohtani threw a 101 mph fastball in the Mazda All-Star Game, setting a record for the fastest official pitch thrown by a Japanese pitcher. During the postseason, he was selected as a member of the national team, and took part in the Suzuki All-Star Series.

In 2015, Ohtani's pitching performance was among the best in the league. He finished the season with a 15-5 record and a 2.24 ERA, with 196 strikeouts. Additionally, he led the league in wins, ERA, and shutouts. The next season, Ohtani hit 22 home runs and 18 doubles, and struck out 174 batters on the mound. He went on to win the Best Nine award as a pitcher, as well as the Pacific League MVP. Ohtani also led the Fighters to the 2016 Japan Series, winning against the Hiroshima Carp. For his final season in 2017, Ohtani played 65 games, hitting .332 with eight home runs and recording 29 strikeouts on the mound.

During his international playing career, Ohtani earned a bronze medal with the Samurai Japan National Baseball Team in the 2015 Premier12. He was subsequently named to the 2015 World Baseball Softball Confederation All-World Team. In 2017, Ohtani was part of the 28-man roster for the Japanese National Baseball Team in the World Baseball Classic. However, he had to withdraw due to an ankle injury. 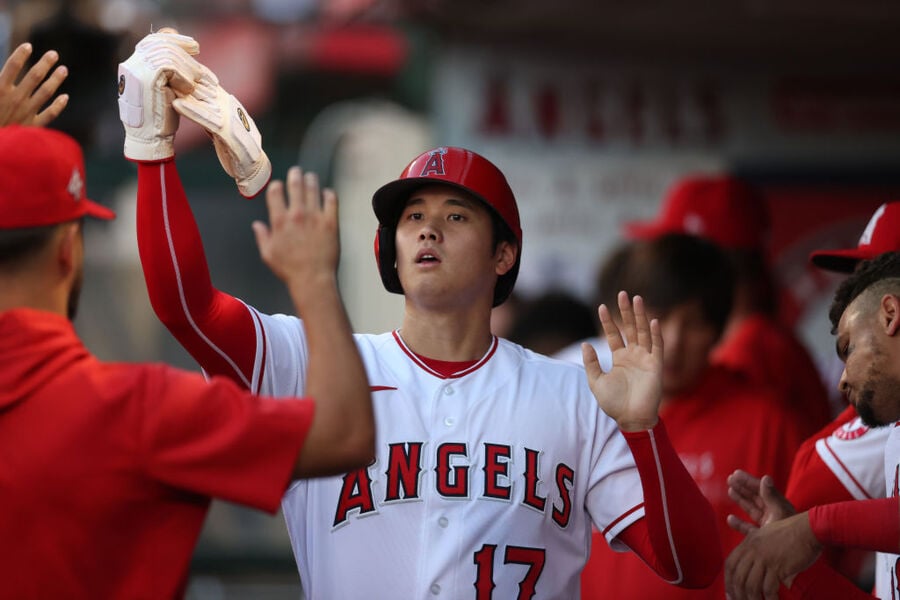 After narrowing down his MLB finalists, Ohtani agreed to a deal with the Los Angeles Angels in December of 2017. He made his debut as a designated hitter on Opening Day against the Oakland Athletics, and in April, made his debut as a pitcher. Early that month, Ohtani hit his first, second, and third MLB home runs in three days, becoming the first Angels rookie to accomplish that feat. More success came in September, when he became the first major league player in almost 100 years to hit 15 home runs and pitch 50 innings in a single season. The following year, Ohtani was named the American League Rookie of the Year.

Due to a bipartite patella injury that caused him to undergo surgery, Ohtani's 2019 season was cut short. He returned to the mound in July of 2020, but had his pitching curtailed once again when it was revealed that he had a flexor strain in his right elbow. Ohtani came back in full swing in 2021, striking out seven batters in his first pitching start against the Chicago White Sox. As a batter, he hit a 450-foot home run on his first pitch faced. Subsequently, he threw four scoreless innings in a game against the Texas Rangers, and notched his first win of the season. Moreover, Ohtani achieved a rare distinction by both starting on the mound and leading the Majors in home runs, something that had last been done by Babe Ruth in 1921. Ohtani continued to make history, becoming the first pitcher and the first Japanese player to be elected to the Home Run Derby, and the first player to be selected as an All-Star as both a pitcher and position player. In the All-Star Game, Ohtani pitched a perfect first inning, and became the first leadoff man to throw a 100 mph fastball.

Due to his enormous success, Ohtani has been sought after for endorsements by numerous Japanese and American companies. His endorsement deals have been with such brands as Seiko Watch, Panini, Oakley, Fanatics, Hugo Boss, and Topps.