Shin-Soo Choo net worth and salary: Shin-Soo Choo is a South Korean professional baseball player who has a net worth of $40 million. Shin-Soo Choo was born in Busan, South Korea in July 1982. He is a right fielder who bats and throws left handed. He represented South Korea and won a silver medal at the 2009 World Baseball Classic and a gold medal at the 2010 Asian Games. Choo was also the Most Valuable Player for the WBSC U-18 Baseball World Cup for South Korea. He signed with the Seattle Mariners and made his Major League Baseball debut in April 2005. Choo played for the Mariners from 2005 to 2006 and for the Cleveland Indians from 2006 to 2012. He played for the Cincinnati Reds in 2013 and joined the Texas Rangers in 2014. Shin-Soo Choo was an All-Star in 2018. He hit for the cycle in 2015 and was named the Texas Rangers Player of the Year in 2018. In

Shin-Soo Choo net worth and contract details: In 2014 Shin-Soo signed a 7-year $130 million contract with the Texas Rangers. He rejected a 7-year $140 million contract from the Yankees which actually would have paid him slightly less when state and city taxes are considered. By choosing a Texas team, Shin-Soo could earn an extra 10% on his contract compared to what he would have earned in New York. Using real numbers, under his Texas deal, Shin-Soo will likely make around $11 million per season after taxes. In New York, even with a slightly larger pre-tax paycheck his after-tax pay would have been $10 million. So over the course of the contract he'll keep an extra $7 million. 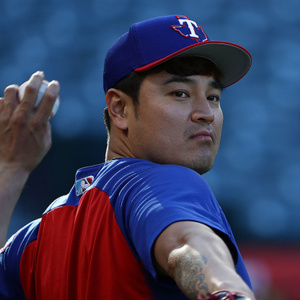