Sergio Romo net worth: Sergio Romo is an American professional baseball player who has a net worth of $6 million. Sergio Romo was born in Brawley, California in March 1983. He is a relief pitcher who bats and throws right handed. Romo played short stop and third base at Brawley Union High School.

He almost joined the U.S. Navy but decided to play baseball at Orange Coast College. He transferred to Arizona Western College and was named to the All-Region I second team of the Arizona Community College Athletic Conference in 2002 and 2013. He then played at the University of North Alabama and Colorado Mesa University. He was First-Team All-Gulf South Conference and was Rocky Mountain Athletic Conference Pitcher of the Year. Sergio was drafted by the San Francisco Giants in the 28th round of the 2005 MLB Draft. He made his professional debut for the Giants in 2008 and has played there ever since. Romo was selected as an MLB All-Star in 2013. He won two World Series Championship with the Giants in 2010 and 2012 and won the This Year in Baseball Setup Man of the Year Award in 2012. In 2013 Romo signed a two year $9 million deal with the Giants. 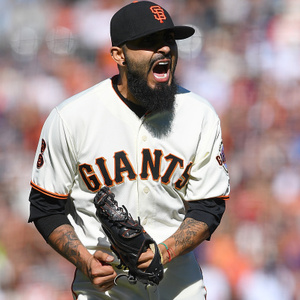