Scott Hatteberg Net Worth: Scott Hatteberg is an American former first basemen and catcher for Major League Baseball (MLB) who has a net worth of $10 million. Scott Hatteberg was born December 14, 1969 in Salem, Oregon. During his MLB career (1995 through 2008), he played for the Boston Red Sox, Oakland Athletics and Cincinnati Reds.

He played Little League and Pony League as well as American Legion baseball as a youth. Hatteberg graduated from Eisenhower High School in Yakima in 1988 where he was MVP of the baseball and basketball teams and also lettered in football. . Before turning professional, Hatteberg attended Washington State University, where he played college baseball for the Cougars, after which he played for the Boston Red Sox in the 1991; the Cougars won the Pac-10 North all three years. He was captain and MVP in 1991. Hatteberg played college summer baseball in the Alaska Baseball League in 1989 and 1990. He was a member of the U.S. National baseball team at the 1990 Goodwill Games. He hit a home run in a game against the Mexican national baseball team and hit .292/.346/.417 for Team USA in the 1990 Baseball World Cup. From 2002 until 2005, he played for Oakland Athletics as first baseman. During his time with the Athletics he helped the team reach the playoffs twice (2002 and 2003). On February 12, 2006 he signed to a one-year, $750,000 contract with Cincinnati Reds for which he played first base and improved the team's defense. Since retirement in 2008, he became a Special Assistant to Baseball Operations for the Oakland Athletics. He has also substituted for Ray Fosse as the Oakland A's color commentator on TV broadcasts for a number of games for the 2012 and 2013 seasons. 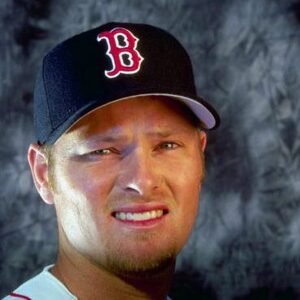