He originally played under the fake name Jairo Garcia and used false documents that listed him three years younger than his real age. He revealed his real name during Spring Training in 2006. Casilla made his MLB debut for the Athletics in 2004 and played for the A's until 2009. Santiago signed with the San Francisco Giants as a free agent in 2010 and has played for the Giants since then. He is a two time World Series Champion in 2010 and 2012 and also won the World Baseball Classic representing the Dominican Republic in 2013. Casilla re-signed with the Giants in 2012 for a three year deal worth $15 million. 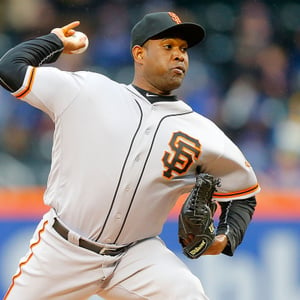