Sandy Koufax net worth: Sandy Koufax is an American former professional baseball player who has a net worth of $10 million dollars. Sandy Koufax was born in Brooklyn, New York, and was focused on a career in basketball rather than baseball initially. During a teacher salary dispute that left his high school without an athletics program, he began playing baseball with a local youth league.

He went on to attend the University of Cincinnati, where again, he played basketball. He joined the baseball team his junior year, and quickly made a name for himself. He tried out for multiple professional teams the following year, and buzz about his tremendous fastball began drawing recruiters from various teams. He subsequently signed with the Brooklyn Dodgers in 1955. He struggled initially, as his large bonus forced him to spend his first two years in the Major Leagues, rather than building up his skills in the Minor Leagues. It was not until 1961 that he finally hit his stride. He then dominated Major League Baseball for the next few years, before injuries began to take their toll. In 1965, he pitched the first perfect game by a left-handed pitcher since 1880. He retired in 1966, after winning multiple Cy Young Awards and a host of other honors. 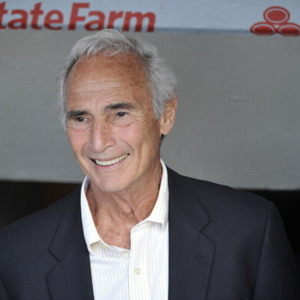