Sammy Sosa net worth: Sammy Sosa is a Dominican retired professional baseball right fielder who has a net worth of $70 million. Sammy Sosa played Major League Baseball from 1989 to 2007, during which time he earned around $120 million in salary alone. He also earned tens of millions from endorsements.

After playing for the Chicago White Sox and Texas Rangers, he joined the Chicago Cubs in 1992, and quickly became known as one of the best hitters in the game. Sosa is a seven-time All-Star, and became the fifth player in MLB history to hit 600 home runs.

Early Life: Sammy Sosa was born in 1968 in Consuelo, Dominican Republic, with his officially registered birthplace being San Pedro de Macorís. He is of partially Haitian descent, and is known as Mikey to his family.

Start of Major League Career: In June of 1989, Sosa made his major league debut with the Texas Rangers, leading off as the starting left fielder. He made his first career home run off Red Sox player Roger Clemens. In July, the Rangers traded Sosa to the Chicago White Sox. During his first season with the team, he batted .233 with 15 home runs, 70 RBIs, 10 triples, and 32 stolen bases. However, he also struck out 150 times. Although he started out his next season with two home runs, he ended up slumping for the remainder of the year.

Chicago Cubs in the 90s: Before the 1992 season, the White Sox traded Sosa to the Chicago Cubs for outfielder George Bell. In his first season with the Cubs, Sosa batted .260 with eight home runs and 25 RBIs. The next season, he batted .261 with 33 home runs and 93 RBIs. Sosa continued to improve his batting average in 1994, finishing with .300 and 25 home runs. In 1995, he was named to his first All-Star team. His success continued in 1996, when he batted .273 with 40 home runs and 100 RBIs. The 1998 season was Sosa's most famous, thanks to his competition with the Cardinals' Mark McGwire. The two players garnered major national attention when they competed to see who could pass Roger Maris' single-season home run record of 61 home runs. Although McGwire first broke the record in September, Sosa soon caught up, and the two were tied at 66 home runs each. By season's end, Sosa remained at 66 while McGwire racked up 70.

Also in 1998, Sosa led the league in RBIs and runs scored. His 416 total bases were the most recorded in a single season since 1948. In June, he hit 20 home runs and posted a .842 slugging percentage in one of the greatest offensive playing outbursts in MLB history. He was subsequently honored with the National League Most Valuable Player Award, was given a ticker-tape parade in New York City, and was invited to be a guest at Bill Clinton's 1999 State of the Union Address. Sosa continued his success in 1999, hitting 63 home runs. 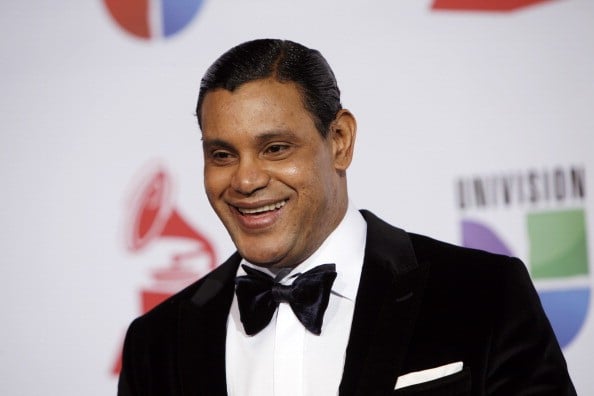 Final Years with the Cubs: More records were broken during Sosa's final years with the Chicago Cubs. In 2001, after hitting 64 home runs, he became the first player ever to hit 60 or more home runs in three different seasons. Also that year, he achieved personal bests for runs scored, RBIs, walks, slugging percentage, on-base percentage, and batting average, with a .328. Sosa also surpassed his own 1998 high for total bases, recording 425. He once again led the league in home runs in 2002.

In 2003, Sosa and the Cubs won the National League Central Division title. However, trouble came when he was ejected from a game against the Tampa Bay Devil Rays in June, after umpires found that he had been using a corked bat. Sosa claimed that he used the bat by accident; meanwhile, an investigation of 76 of his other bats found no cork. After being suspended for seven games, Sosa finished the season with 40 home runs. The following year, he suffered a back injury after violently sneezing in the locker room. He was placed on the disabled list, and finished with 35 home runs. At the end of the 2004 season, Sosa was released from the Cubs.

Baltimore Orioles and Texas Rangers: In January of 2005, the Cubs traded Sosa to the Baltimore Orioles. He finished the season batting .221 with 14 home runs, his worst performance in over a decade. His Orioles tenure ended in December, making him a free agent.

Sosa's original team, the Texas Rangers, signed him to a minor league deal in 2007 worth $500,000. He began the season as the team's designated hitter and occasional right fielder. In a June inter-league game against the Cubs, he recorded a milestone when he hit his 600th career home run, becoming only the fifth player to ever do so. In 2009, Sosa announced his retirement from baseball.

Personal Life and Drug Controversy: Sosa's first marriage was to Karen Lee Bright, with whom he was with until their divorce in 1991. The next year, he started seeing Sonia Rodríguez, a former television dancer in the Dominican Republic. They were married in the 2000s, and have six children: Keysha, Kenia, Sammy Jr., Michael, Rolando, and Kalexy.

In 2005, Sosa, McGwire, Jose Canseco, and Rafael Palmeiro attended a 2005 Congressional hearing focused on the doping scandal in major league baseball. Sosa's attorney testified that Sosa had never used performance-enhancing drugs. Later, a 2009 New York Times report disputed this claim when it included Sosa on a list of players who had tested positive for steroids in 2003. 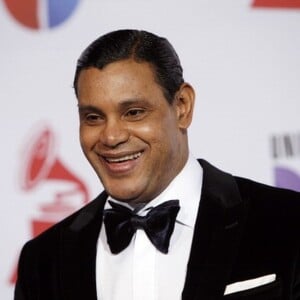