Ryan Howard net worth and salary: Ryan Howard is an American professional baseball player who has a net worth of $120 million. Ryan Howard earned his net worth as former first baseman for the Philadelphia Phillies. Nicknamed "The Big Piece", Howard was the 2006 National League MVP. He stands 6 feet 4 inches, weighs 240 pounds. He bats and throws left-handed. Ryan Howard was born in St. Louis, Missouri on November 19, 1979. He has a fraternal twin brother, as well as an older brother and a sister. Howard is the fastest player in Major League Baseball history to reach both the 100 and 200 home run milestones. Howard had a reputation as an extreme pull hitter, his 48 home runs during the 2004 season tied for the highest total in organized baseball along with Adrian Beltre of the Los Angeles Dodgers. He was named N.L Rookie of the Month in September of 2005 with a record of batted .278 with 10 home runs and 22 runs batted in. His awards in the 2006 season included The Sporting News 2006 Player of the Year, and the 2006 National League Hank Aaron Award.

Contracts: The Phillies renewed Howard's contract in a one-year deal for $900,000, on March 2, 2007. Tthis was the highest salary ever offered to a player not eligible for salary arbitration. Howard won in arbitration against the Phillies, and was awarded $10 million, on February 21, 2008, much better than the Phillies offer of $7 million, this made him the most victorious player in an arbitration case During spring training of the 2009 season Howard led all players in home runs, with 10, after agreeing to a 3-year, $54 million contract with the Phillies. By accepting this contract Howard was bought out of his remaining three years of salary arbitration eligibility. He has been a representative for several named brand products including Adidas, restaurants such as Subway, and he also appeared on the cover of MLB 08: The Show. During his career Ryan Howard's peak salary was $25 million. In 2010 Howard signed a 5 year $125 million contract with the Phillies. In total he earned $190 million in salary while in the MLB. 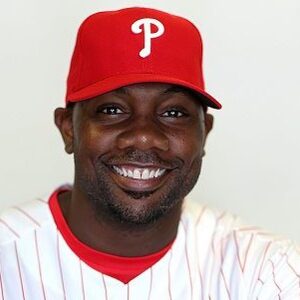