Ryan Dempster Net Worth: Ryan Dempster is a Canadian retired professional baseball player who has a net worth of $50 million. Ryan Dempster was born in Gibsons, British Columbia, Canada in May 1977. He was a pitcher who batted and threw right handed. Dempster was drafted by the Texas Rangers in the 3rd round of the 1995 MLB Draft.

He played for the Gulf Coast Rangers, Hudson Valley Renegades, Kane County Cougars, and Charles RiverDogs. He was traded to the Florida Marlins in August 1996. Dempster made his major league debut in May 1998. He played for the Marlins until 2002 when he was traded to the Cincinnati Reds. Dempster was released and signed with the Chicago Cubs in 2004 where he played until 2012 when he was traded to the Texas Rangers. In 2013 he signed a two year $26.5 million contract with the Boston Red Sox. In February 2014 he announced that he would not pitch in 2014. Dempster worked as a starting and relief pitcher during his MLB career. He won his only World Series Championships with the Rex Sox in 2013. He was a two time All Star in 2000 and 2008 and won the Tip O'Neill Award in 2000. In April 2014 he became a studio color analyst for the MLB Network. 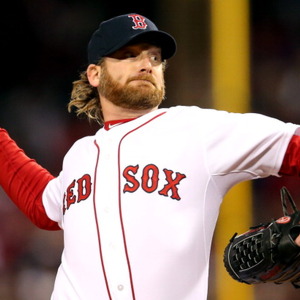