Royce Clayton Net Worth: Royce Clayton is a former American professional baseball player who has a net worth of $13 million. Born in Burbank, California, in 1970, Royce Clayton was drafted straight out of high school into the big leagues. The San Francisco Giants chose the right-handed shortstop with the 15th overall pick of the first round during the 1988 Major League Baseball draft.

Clayton made his pro debut about two years later on September 20, 1991 with the Giants, where he played until 1995. He went on to join the St. Louis Cardinals from 1996 until 1998, the Texas Rangers from 1998 until 2000, the Chicago White Sox from 2001 until 2002, the Milwaukee Brewers in 2003, the Colorado Rockies in 2004, the Arizona Diamondbacks in 2005, the Washington Nationals in 2006, the Cincinnati Reds in 2006, the Toronto Blue Jays in 2007, and, lastly, the Boston Red Sox in 2007. Clayton's final appearance came on September 30, 2007 with the Red Sox. He finished his pro playing career with a .258 batting average to go along with 110 home runs and more than 700 runs batted in. Clayton earned the only MLB All-Star honor of his career in 1997 and a World Series ring in 2007 with the Red Sox. Jorge Sanchez was cast to play Clayton in 2002's film "The Rookie" while Clayton was with the Rangers. Almost a decade later, Clayton played Miguel Tejada in the hit baseball movie "Moneyball". 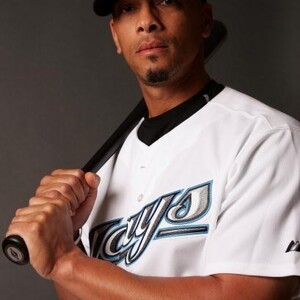