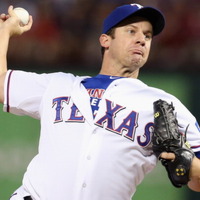 Roy Oswalt net worth: Roy Oswalt is a American professional baseball pitcher who has a net worth of $50 million. Roy Oswalt was born in Weir, Mississippi in 1977 and got into baseball because his mother Jean was a huge fan who taught her kids about the game. Roy Oswalt played high school baseball for Weir High School. Roy Oswalt was noticed during his college playing days at Holmes Community College by a major league scout for the Houston Astros, who let him slip to the 23rd round of the 1996 Major League Draft, convinced that no one else really knew about his talents. Roy Oswalt spent five years in the minor leagues before making his major league debut in 2001. In 2004 and 2005, Roy Oswalt had back-to-back 20 game winning seasons and was integral in getting the Astros to their first World Series in 2005. Roy Oswalt has played for the Houston Astros from 2001-2010, the Philadelphia Phillies from 2010-2011, the Texas Rangers in 2012, and the Colorado Rockies in 2013. Roy Oswalt was the 2005 National League Championship Series' Most Valuable Player, is a three-time All-Star (2005, 2006, and 2007), and was a member of the gold medal winning Team USA baseball team at the 2000 Olympics in Sydney, Australia.