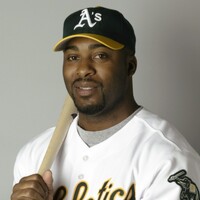 Ron Gant Net Worth: Ron Gant is an American television host and former professional baseball player who has a net worth of $20 million. Ron Gant was born in Victoria, Texas in 1965. Gant was a left fielder who batted and threw right handed. He was drafted by the Atlanta Braves in the 4th round of the 1983 Major League Baseball Draft. Gant made his MLB debut for the Braves in 1987 and played there until 1993. Gant was a journeyman who played for the Cincinnati Reds in 1995, the St. Louis Cardinals from 1996 to 1998, the Philadelphia Phillies from 1999 to 2000, the Anaheim Angels in 2000, the Colorado Rockies in 2001, the Oakland Athletics in 2001, the San Diego Padres in 2002, and the Oakland Athletics again in 2003. Gant was a two time MLB All-Star in 1992 and 1995 and won the Silver Slugger Award in 1991. In 1995 he was named the National League Comeback Player of the Year. Gant finished his career with 321 home runs and 1,0009 Runs batted in. He worked as a color commentator for the Atlanta Braves on TBS and now works as an analyst for the MLB Network and Braves games on SportSouth. In 2012 Gant became a news anchor for WAGA-TV co-hosting the morning show Good Day Atlanta.