What is Robinson Canó's net worth and salary?

Robinson Canó is a Dominican professional baseball player who has a net worth of $110 million. He is best known for being a four-time All Star, a recipient of the Silver Slugger Award (2006, 2010, and 2011), as well as being a member of the Yankees World Series championship team in 2009.

During his first 15 years in Major League Baseball, Canó earned a little under $200 million in salary alone. He is one of the 20 highest-earning baseball players of all time. His earnings in that period would have been a bit higher, but in November 2020 Robinson was suspended from the 2021 season after failing a PED test. The suspension will cost him at least $24 million in salary. It was his second PED suspension. Robinson was previously suspended for 80 games in 2018.

Robinson Canó was born on October 22, 1982 in San Pedro de Macoris, Dominican Republic. Robinson was named after legendary baseball player Jackie Robinson. Robinson's father Jose Canó was a baseball player who pitched in six games for the Houston Astros in 1989. Robinson attended Barringer High School in Newark, New Jersey for one year and then attended San Pedro Apostol High School in San Pedro de Marcos back in the Dominican Republic. Canó played for both the school's baseball and basketball teams. Canó eventually played for his hometown team the Estrellas Orientales in the Dominican Winter Baseball League.

After Canó graduated from high school, on January 5, 2001 he was signed by the Yankees baseball organization. He came to the team as an amateur free agent, receiving a significant signing bonus of over $100,000.

Canó made his minor league debut with the Gulf Coast Yankees, playing at the rookie-level for the Gulf Coast League as a Staten Island Yankee (Class-A Short Season New York–Penn League). Canó would play for various minor league teams, including Staten Island and the Greensboro Bats (Class-A South Atlantic League) during their 2002 season. Canó would go on to play for the Tampa Yankees of (Class-A Advanced Florida State League), and the Trenton Thunder (Class-AA Eastern League) for the 2003 season. By this time, after significant minor league play, Canó was starting to be considered as a top prospect for the majors. Canó also made an appearance during the 2003 All-Star Futures Game, further solidifying his position as a top major league prospect.

Canó got call to the big leagues on May 3, 2005. He took over second base, a position previously held by Tony Womack. On May 5 of that same year, Canó earned his first ever professional-level base hit (off of notable Hideo Nomo, pitcher for the Tampa Bay Devil Rays).

Canó also recorded his first career grand slam as an MLB player during his inaugural pro season. Canó finished second in the American League Rookie of the Year race, finishing behind in balloting to Huston Street of the Oakland Athletics. In 2005, Yankees manager Joe Torre made a comparison that stuck with Canó, comparing Canó to popular Hall of Famer Rod Carew. Torre would go on to expand on this statement, making remarks about Canó's strong presence at the plate and the smoothness of his swing.

In 2009, Canó earneda .320 batting average, 204 hits, 25 home runs and 85 RBIs. Canó earned a ranking among the top ten American league players when it came to hits, at bats, total bases, batting average, doubles, runs scored, as well as triples. That would also be Canó's first year when he'd hit over 20 home runs. With his 200th hit (against the red-hot Boston Red Sox) he helped the Yanks clinch the AL East Division. He and Derek Jeter then became the first middle infield pair in MLB history to both record 200 hits during the same season.

Canó's 204 hits ranked him at third in the hits category for the 2009 season. Canó was also first ranked among all second basemen in the major league and also led second basemen in the batting average category. Canó played in 161 games that season, which ended up being the most games played by a single player during the 2009 season. Canó also hit his first career walk-off home run during his 2009 season, which was a 3-run walk-off home run (August 28 against the White Sox). On November 4, Canó would also throw out Shane Victorino, which ended up being the final out of a Yankee 2009 World Series championship.

Canó would continue to play as a Yankee through the 2013 season. Canó then became a Seattle Mariner (2014-2018), followed by the New York Mets player ahead of the 2019 season.

On November 18, 2020, Canó would end up getting suspended for an entire 162-game season after testing positive for Stanozolol, which was in direct violation of the MLB's performance-enhancing drugs policy. This rendered Canó as ineligible for his entire 2021 season. This would also be Canó's second time testing positive for a performance enhancing drug, which came at a serious cost to Canó's reputation and legacy.

Canó played for the Yankees from 2006 to 2013. From 2014 to 2018 he played for the Seattle Mariners. Upon joining the Mariners, Robinson signed a 10-year $240 million contract. Ahead of the 2019 season, Robinson was traded to the New York Mets. His performance with the Mets was subpar. On May 2, 2022 the Mets announced that they were cutting Canó. With the decision, the Mets agreed to continue paying Robinson roughly $20 million per year for two years. In other words, they decided to pay him $40 million to NOT play for them. 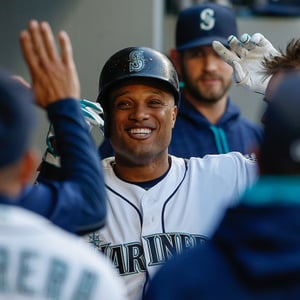