Robin Ventura Net Worth and salary: Robin Ventura is a former American professional baseball player and manager of the Chicago White Sox who has a net worth of $34 million. Born in Santa Maria, California, in 1967, Robin Ventura made his professional debut on September 12, 1989 with the White Sox. He played third base with Chicago for nearly a decade until joining the New York Mets from 1999 until 2001.

Ventura played third base with the New York Yankees (2002-2003) and the Los Angeles Dodgers (2003-2004) before his retirement. He is a two-time MLB All-Star (1992, 2002) and won six Gold Glove Awards (1991, 1992, 1993, 1996, 1998, 1999). In 1988, Ventura won both the Dick Howser Trophy and the Golden Spikes Award. Ventura competed internationally on the U.S. men's national baseball team, winning a gold medal at the 1988 Olympic Games in Seoul. He also earned a silver medal at the Baseball World Cup in Rome in 1988 and a silver medal at the Intercontinental Cup in Havana in 1987. Ventura has been working as the manager of the Chicago White Sox since 2012. He coached the Sox until 2016. Ventura has provided TV color commentary for ESPN's broadcast of the Little League World Series and has worked on the College World Series as well. During his career, Robin Ventura earned $67 million before taxes in salary alone. 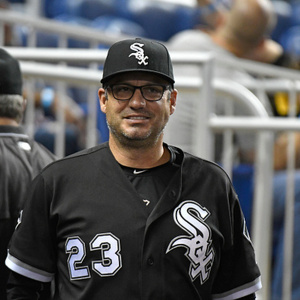