Roberto Clemente net worth: Roberto Clemente was a Puerto Rican professional baseball player who had a net worth of $300 thousand at the time of his death in 1972. That's the same as around $1.9 million in today's dollars after adjusting for inflation. He was best known for being one of the best professional baseball players of all time. During a career that was tragically cut short, Roberto earned around $760,000 in salary. In his final season in baseball he earned $150,000 in salary. That's the same as making around $933,000 today.

Roberto Clemente was born in San Anton, Carolina, Puerto Rico in August 1934 and passed away in December 1972. He was a right fielder who batted and threw right handed. Clemente made his Major League Baseball debut for the Pittsburgh Pirates in 1955 and played for the team his entire career through 1972. During his career he won two World Series championships and was a 15 time All-Star. Roberto Clemente was the National League MVP in 1966 and the World Series MVP in 1971. He was a 12 time Gold Glove Award winner. Clemente was a four time NL batting champion. His #21 was retired by the Pittsburgh Pirates and he was a first ballot selection to the Baseball Hall of Fame in 1973. Roberto Clemente passed away on December 31, 1972 at 37 years old in a plane crash. 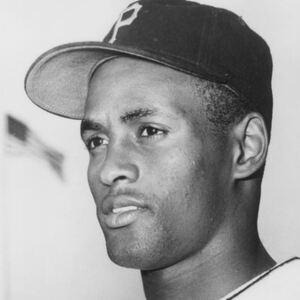