Robb Nen Net Worth: Robb Nen is a former American professional baseball player who has a net worth of $22 million. Robb Nen was born in San Pedro, California, in 1969, the son of ex-MLB player Dick Nen. The Texas Rangers drafted Nen in the 32nd round of the 1987 Major League Baseball draft straight out of high school.

He made his pro debut with the Rangers several years later on April 10, 1993. Nen was soon traded to the Florida Marlins, where he played from 1993 until 1997, before he landed with the San Francisco Giants from 1998 until 2002. Nen is a three-time MLB All-Star, earning all the honors while playing in the Bay Area. He was part of the Marlins' 2007 World Series championship team. Nen led the National League in saves during the 2001 season. The right-handed pitcher has appeared in 643 career games with a 45-42 win-loss record. He finished his playing career with a 2.98 earned run average, 793 strikeouts, and 314 saves. His entrance song after the Giants moved out of Candlestick Park was Deep Purple's "Smoke on the Water". He has worked with the organization's baseball operations since his retirement and was honored in a pre-game ceremony in 2004 to commemorate his 300th save. 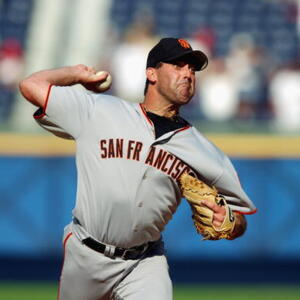