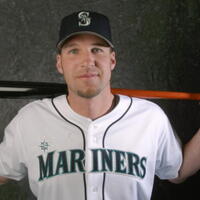 Richie Sexson net worth: Richie Sexson is a former American baseball player who has a net worth of $25 million. Richie Sexson was born in Portland, Oregon in 1974. Sexson debuted with the Cleveland Indians in 1993 as the 671st overall pick in the 24th round of the baseball draft. Richie Sexson played first base, and at 6'8″ tall, was the tallest batter in the history of the MLB. Sexson spent four years in the minor leagues, finally seeing major league action in 1997 in five games for the Indians. His breakout season with Cleveland was in 1999 when he played in 134 games, with 31 home runs and 116 runs batted in. Richie Sexson played for five different teams over his 11-year major league career. He was with the Indians from 1997-2000, the Milwaukee Brewers from 2001-2003, the Arizona Diamondbacks in 2004, the Seattle Mariners from 2005-2008, and, finally, the New York Yankees in 2008. Richie Sexson was voted onto the All Star team in 2002 and 2003. Richie Sexson retired in the latter half of the 2008 season when he was released by the Yankees. He currently lives in Ridgefield, Washington with his wife Kerry and their two daughters.