Reggie Jackson net worth: Reggie Jackson is an American former professional baseball player who has a net worth of $20 million dollars. He played for the Athletics, the Baltimore Orioles, the New York Yankees, the California Angels, and spent his last season back with the Athletics in 1987. He was inducted into the Baseball Hall of Fame in 1993.

Career Earnings: During his entire MLB career, Reggie earned a little over $9 million in baseball salary. That's the same as around $22 million today, after adjusting for inflation. His peak annual salary was right around $1 million, which he earned each year from 1982 to 1986. That's the same as earning around $2.5 million per year after adjusting for inflation.

Early Life: Reggie Jackson was born in Wyncote, Pennsylvania on May 18, 1946. He was one of four children from his mother Clara. His father Martinez Jackson was a tailor and a former second baseman with the Newark Eagles. Jackson's parents divorced when he was four and his mother took four of his siblings with her while his father took custody of Reggie and one of the siblings from his first marriage. Martinez was then a single father and the Jackson family was one of the only Black families in Wyncote.

He excelled at multiple sports during high school, including football, basketball, track and field, and baseball. During his junior year, he broke five vertebrae during a game, and was told he might never walk again. He made a full recovery, and after he graduated high school in 1964, both football and baseball recruiters came calling. Shortly after he graduated, his father was arrested for bootlegging and was sentenced to six months in jail. Teams from the south were so interested in Reggie that they were willing to break the color barrier in order to work with him. He chose to attend the Arizona State University on a football scholarship, but switched to the baseball team after his freshman year.

Career: After graduating, he was drafted by the Kansas City Athletics, 2nd overall in 1966, and spent one year in the Minor Leagues. He was called up to the Major Leagues in June of 1967, and went on to an incredibly successful career. His debut in the major leagues was a doubleheader in Kansas City as part of the Athletics. In 1968, the Athletics moved west to be based in Oakland. In 1969, Jackson hit 47 home runs and was briefly ahead of the pace of Babe Ruth when he set the previous record in 1927. Jackson helped the Athletics win several pennants and was named the MVP for the 1973 season. He played with the Athletics until 1975 before playing with the Baltimore Orioles for just one season.

Reggie then played with the New York Yankees from 1977-1981. Once the 1981 season was over, he became a free agent with a desire to return to California to play. The owner of the California Angels, Gene Autry, signed him to a five-year contract. He played his first game back on April 27 1982 at Yankee Stadium with the Angels. He broke out of a season starting slump to hit a home run off former teammate Ron Guidry. That season, the Angels won the American League West and would do so again in 1986. On the 17th anniversary of the day Reggie hit his first home run, September 17, 1984, he hit his 500th home run at Anaheim Stadium off Bud Black of the Royals. In 1987 he signed a one-year contract to return to the Oakland A's, wearing the number 44 which he was now most associated with. He retired after one season, at age 41. His last at-bat was at Comiskey Park in Chicago on October 4, 1988.

Reggie Jackson's baseball legacy was immense. He played for 21 seasons and reached post-season in 11 of them. He won six pennants and five world series. Jackson hit 563 career home runs. Over the course of his career, he was a 14-time All Star, a 2-time Silver Slugger Award winner, a 2-time World Series MVP, a Babe Ruth Award Winner, and a 5-time World Series Champion. Reggie was the first major leaguer to hit 100 home runs for three different clubs, having his over 100 for the Angels, Yankees, and the Athletics. Jackson remains the only player in the "500 home run club" that never had consecutive 30 home run seasons in a career. 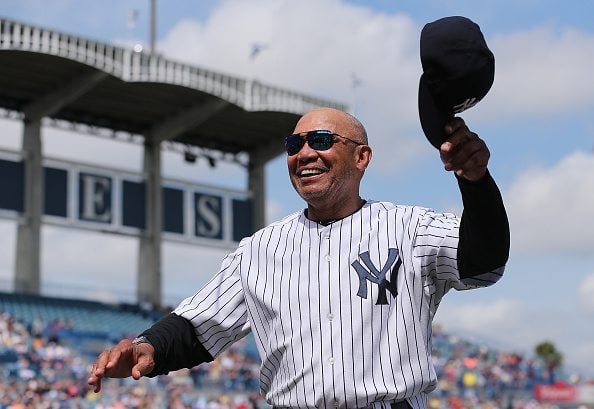 Other Ventures: During off season while he was a major leaguer, Jackson worked as a field reporter and commentator for ABC Sports. He did analysis in the ABC booth and was given the task of presiding over the World Series Trophy presentations in the '80s. After his retirement, he returned to his commentary role covering the 1988 American League Championship Series for ABC. He also appeared in the film "Naked Gun: From the Files of Police Squad!" portraying an Angels outfielder programmed to kill the Queen of England. Jackson also appeared in the movies "Richie Rich," "BASEketball," Summer of Sam," and "The Benchwarmers." He was a guest star on several TV shows including "Diff'rent Strokes," "The Love Boat," "MacGyver," "Malcolm in the Middle,"  and "Archie Bunker's Place." He co-authored a book with fellow Hall of Famer Bob Gibson in 2010 called "Sixty-Feet Six-Inches." He also endorsed the Sega Master System baseball video game "Reggie Jackson Baseball."

Personal Life: Jackson met Jennie Campos during his freshman year at Arizona State. An assistant football coach tried to break up the couple because Jackson was black and Campos was considered white (although she was Mexican-American.) However, the relationship held on and she later became his wife. They divorced in 1973. The couple had one child, Kimberly.

Attacks on Jackson: He was the victim of an attempted shooting in the early morning hours of June 1, 1980, a few hours after hitting the game-winning 11th inning home run at a home game against the Toronto Blue Jays. Jackson had driven to a singles bar he frequented in a "posh" neighborhood in Manhattan. While searching for a parking spot, he asked the driver of a vehicle that was blocking the way to move. The passenger of that vehicle began yelling racial slurs at Jackson and threw a broken bottle at his car. One of the men in the car held up a .38 caliber revolver and fired three shots at Jackson, each missing. Angel Viera was criminally charged with attempted murder.

Later that summer, Jackson finished a night celebrating his 400th career home run and was accosted and had a gun pointed at him as he left his favorite nightspot on the Upper East Side, Jim McMullen's Bar. In March 1985, Jackson was attacked after a California Angels spring training. Later that month, he was attacked again and threatened with a tire iron while leaving his bungalow at the Angels' spring training residence of the Gene Autry Hotel.

Real Estate: Over the years Reggie has owned several impressive properties, mainly on the west coast. His home in Oakland, California was destroyed in a fire in 1988. That fire also destroyed a nearby warehouse which housed Jackson's $3.2 million car collection. He also owns homes in Carmel and Newport Beach, California. 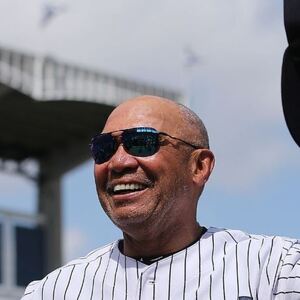