Randy Wolf Net Worth: Randy Wolf is an American professional baseball player who has a net worth of $35 million. Randy Wolf was born in Canoga Park, California, in 1976. He played college baseball in his home state at Pepperdine University before he was drafted by the Philadelphia Phillies during the 1997 MLB Draft.

He made his debut a couple of years later on June 11, 1999 with the Phillies. He played in the City of Brotherly Love until the 2006 season and later joined the Los Angeles Dodgers, San Diego Padres, Houston Astros, Los Angeles Dodgers a second time, Milwaukee Brewers, Baltimore Orioles, and Miami Marlins. Wolf earned MLB All-Star honors for the first time in his career during the 2003 season. Through June 14, 2014, he has amassed a 133-120 win-loss record, a 4.21 earned run average, and 1,786 strikeouts. Wolf is best known for his four-seam and two-seam fastballs. His older brother, Jim, works as an umpire in the Major Leagues. For many years, Jim was not permitted to work any games where his brother pitched; as of late, he has not been permitted to umpire any games where his brother's team is playing. Wolf bought rock star Slash's Hollywood Hills house in 2007. 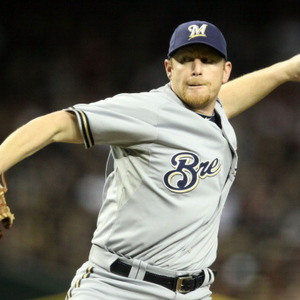