Ramon Martinez Net Worth: Ramon Martinez is a former Dominican professional baseball player who has a net worth of $5 million. Born Ramon Jaime Martinez in 1968 in Santo Domingo, Dominican Republic, Ramon Martinez made his Major League Baseball debut with the Los Angeles Dodgers on August 13, 1988. Most of Martinez's career was spent with the Dodgers, where he remained for a decade until 1998.

Martinez later played for the Boston Red Sox from 1999 until 2000 and the Pittsburgh Pirates in 2001 before announcing his retirement. Martinez's time with the Pirates was short. He had previously returned to the Dodgers after being released by the Red Sox, though his former team opted to release him at the end of spring training. Martinez, a right-handed pitcher, amassed a 135-88 career win-loss record. He recorded an earned run average of 3.67 and more than 1400 career strikeouts. Martinez earned MLB All-Star honors in 1990. Five years later, on July 14,1995, Martinez pitched the only no-hitter on his career while with the Dodgers. Since his retirement, Martinez has worked as an advisor for the Dodgers in Latin America. He has three brothers, including one who also played professionally: Pedro Martinez is a Cy Young Award-winning pitcher. 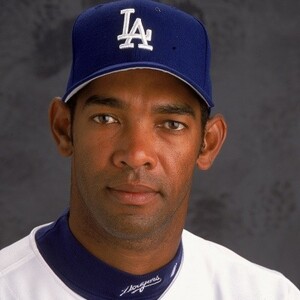