Rafael Soriano Net Worth: Rafael Soriano is a Dominican professional baseball player who has a net worth of $34 million. Born in 1979 in San Jose de Ocoa, Dominican Republic, Rafael Soriano earned a contract with the Seattle Mariners. He played in the minors before making his MLB debut on May 10, 2002 for the Mariners.

He played with the team until 2006 before joining the Atlanta Braves from 2007 until 2009, the Tampa Bay Rays in 2010, the New York Yankees from 2011 until 2012, and the Washington Nationals in 2013. He is currently a relief pitcher with the Nationals as of the fall of 2014, working on a two-year, $28 million contract that he signed in January 2013. Through September 5, 2014, Soriano has put together a 22-28 win-loss career record, has a 2.84 earned run average, 633 strikeouts, and 206 saves. He earned his first All-Star honor in 2010, the same year he led the American League in saves. He also won the American League Rolaids Relief Man Award in 2010. Soriano is heavily involved in several charities working in his hometown; he frequently donates to medical causes for children in his native area and buys Christmas gifts for kids in the Dominican Republic who may not otherwise receive a holiday present. 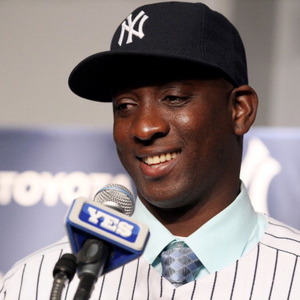