Rafael Palmeiro Net Worth: Rafael Palmeiro is a retired professional baseball player who has a net worth of $50 million. He was born in Havana, Cuba on September 24, 1964. His full birth name is Rafael Corrales Palmeiro. He graduated from Miami Jackson High school in Miami, Florida. He first became known for his baseball heroics when he was at the Mississippi State University where he played baseball for the college team, The Mississippi State Bulldogs. By 1985 took his baseball career up a notch, by signing with the Chicago Cubs. He played for Chicago cubs for two years.

He also playedfor the Texas Rangers and the Baltimore Orioles. Amongst his many recognition are being named to the MLB all star team four times and winning the glove three times. He is a member of 500 home run club and the 3,000 hit club a very interesting one because he's the fourth player in history to be a member of both. He married his wife Lynne on December 14, 1985 and they are still married with two children today. Rafael made his last professional baseball appearance in 2005. 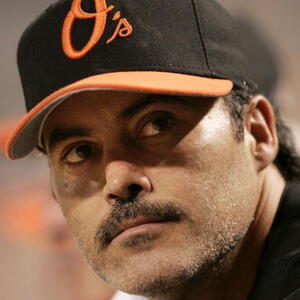