Rafael Furcal net worth: Rafael Furcal is a Dominican professional baseball player who has a net worth of $45 million dollars. Rafael Furcal was born in Loma de Cabrera, Dominican Republic, and signed with the Atlanta Braves directly out of high school. He spent the next four years in the Minor Leagues, before making his Major League debut with the Braves in April of 2000.

He went on to finish the year with NL Rookie of the Year honors. He was an All-Star selection while with the Braves, and tied the NL lead in triples in 2003. He then went on to play for the Los Angeles Dodgers from 2006-2011. While with the Dodgers, he received All-Star honors again. His time with the Dodgers was marred by multiple injuries. In 2011, he signed with the St. Louis Cardinals, and picked up another All-Star selection. He became a World Series Champion with the team in 2011. He spent most of 2013 recovering from surgery, and recently signed with the Miami Marlins. 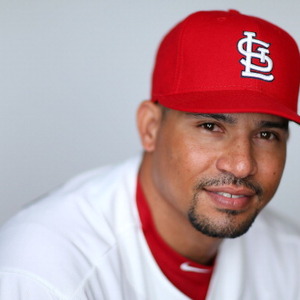