O'Neill won the American League batting title in 1994 with a .359 average, and was also a five-time All-Star (1991, 1994, 1995, 1997, and 1998). He is the only player to have played on the winning team in three perfect games. After retiring from his Major League Baseball playing career, he wrote a book entitled Me and My Dad: A Baseball Memoir. The book reveals details of his otherwise private relationship with his father, who instilled in him a love for the game of baseball. O'Neill and his family were always fans of the Reds. On a visit to the Reds' Crosley Field shortly before it closed, six-year-old Paul had his picture taken wearing a Reds' batting helmet and holding a toy bat. Over his shoulder, Roberto Clemente (of the opposing Pittsburgh Pirates) could be seen in the background. Like Clemente, O'Neill would become a right fielder and wear uniform number 21. O'Neill is fondly remembered by Yankee fans as the "heart and soul" of the team in the 1990s and Yankee owner George Steinbrenner labeled him as a "Warrior" due to his passion for the game. Since his retirement after the 2001 World Series, his number 21 was worn only once when relief pitcher LaTroy Hawkins briefly wore the number to start the 2008 season. On April 16, 2008, Hawkins switched to number 22 in response to the disapproval of many Yankee fans. 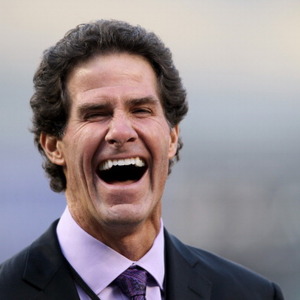