What is Ozzie Smith's Net Worth?

Ozzie Smith is a retired professional baseball player who has a net worth of $16 million. Ozzie Smith played in the MLB for the San Diego Padres and the St. Louis Cardinals. Among his achievements, he won the National League Gold Glove Award for 13 consecutive seasons from 1980 to 1992. Additionally, with the Cardinals, Smith won the World Series in 1982 and the Silver Slugger Award in 1987.

After being drafted in 1977 by the Padres, Ozzie signed a $72,500 contract. He went on to earn $31 million in salary during his career. After adjusting for inflation that's the same as earning around $60 million in today's money.

In 1987 Ozzie's $1.94 million salary made him the highest-paid player in the league. After adjusting for inflation, that was the same as earning a little under $5 million today.

Ozzie Smith was born on December 26, 1954 in Mobile, Alabama as the second of six children of Marvella and Clovi. In the early 60s, the family moved to the Watts neighborhood of Los Angeles, California. There, Smith's father became a delivery truck driver and his mother worked at a nursing home. Meanwhile, Smith played a number of sports and spent much of his time at the local YMCA. When he was in junior high school, his parents got divorced. Smith went on to attend Locke High School, where he played both baseball and basketball. For his higher education, he went to Cal Poly in San Luis Obispo. When the school's shortstop broke his leg halfway through the 1974 season, Smith took over. He subsequently set school records for at-bats, with 754, and stolen bases, with 110. Smith graduated from Cal Poly in 1977.

In the 1977 MLB draft, Smith was chosen in the fourth round by the San Diego Padres. For his first season, he played in the minors for the Northwest League's Class A Walla Walla Padres. Smith eventually made his MLB debut in April of 1978. During the season, he introduced what would become his signature move, a backflip. He finished the season with a .970 fielding percentage and a .258 batting average. Smith had a less successful season in 1979, posting a .211 batting average. He bounced back in a big way in 1980, setting a single-season record for most assists made by a shortstop, with 621. Moreover, Smith won his first of 13 consecutive Gold Glove Awards.

St. Louis Cardinals in the 80s

Smith was involved in major disputes with the owners of the Padres during his final years with the team. At the same time, the St. Louis Cardinals were struggling with their shortstop, Garry Templeton. This resulted in Smith and a couple of other players being traded to the Cardinals for Templeton and others. Smith's first season with the team was an instant success, leading to a postseason in which the Cardinals swept the Atlanta Braves in the NLCS en route to a World Series appearance against the Milwaukee Brewers. Playing the full seven games of the tournament, the Cardinals ultimately claimed the World Series title. The subsequent two seasons were not as fruitful for the team. Smith and the Cardinals did better in 1985, making it to the NLCS against the Los Angeles Dodgers. In the series, Smith hit his first-ever home run, giving the Cardinals the win. Moving on to the World Series, the Cardinals fell to the Kansas City Royals in seven games.

Having torn his rotator cuff prior to the 1986 season, Smith declined surgery to instead build back his arm strength through weightlifting. He subsequently had a solid season, with a particular highlight being his near-collision with left fielder Curt Ford during his catch of a fly ball hit by Philadelphia Phillies pinch-hitter Von Hayes. Smith next had one of his best seasons in 1987, posting a .303 batting average and 104 runs scored. For his season, he won his first and only Silver Slugger Award. Moreover, the Cardinals beat the San Francisco Giants in the NLCS. In the World Series, the team fell to the Minnesota Twins. The Cardinals failed to make the postseason for the remaining two years of the decade; however, Smith continued to win Gold Gloves and make All-Star appearances.

St. Louis Cardinals in the 90s

Although the Cardinals were still unable to reach the postseason during the first half of the 90s, Smith had a number of major achievements. In 1992, he stole his 500th career base, recorded his 2,000th career hit, and won his record 13th and final consecutive Gold Glove. Smith's subsequent seasons were plagued by injury, as well as conflict with new Cardinals manager Tony La Russa. In 1996, Smith announced that he would retire from the MLB at the end of the season. The Cardinals ended up having a very good year, winning the National League Central Division and sweeping the Padres in the NLDS. However, the team eventually fell to the Braves in the NLCS. 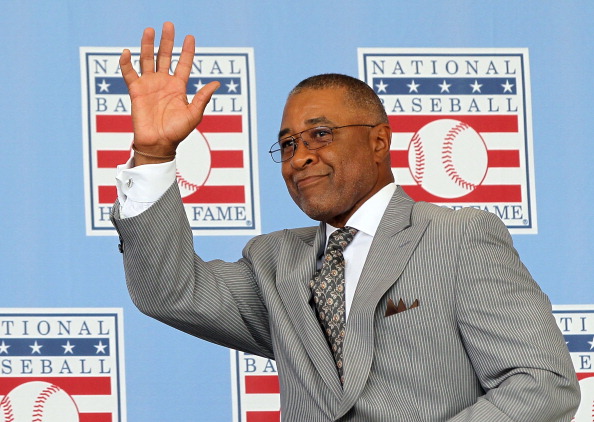 After retiring from the MLB, Smith succeeded Mel Allen as the host of the television series "This Week in Baseball." He also began doing color commentary for local KPLR-TV broadcasts of Cardinals games. In 1999, Smith moved to the sports news network CNN/Sports Illustrated. A few years later, he was inducted into the Baseball Hall of Fame. Smith was also inducted into the St. Louis Cardinals Hall of Fame Museum as part of the inaugural class of 2014.

Beyond baseball, Smith has been involved in a number of entrepreneurial ventures. In 1988, he opened a restaurant and sports bar, and in 1990 established a youth sports academy. Later, in the early 2000s, he partnered with David Slay to open another restaurant. Among his other endeavors, Smith has his own line of salad dressing, and has opened a number of regenerative medicine clinics throughout Missouri.

While playing at the Astrodome in Houston in the late 70s, Smith met an usherette named Denise. The two soon married, and had three children named Nikko, Dustin, and Taryn. They eventually divorced in 1996. In 2005, Nikko competed on the fourth season of the reality television competition series "American Idol." 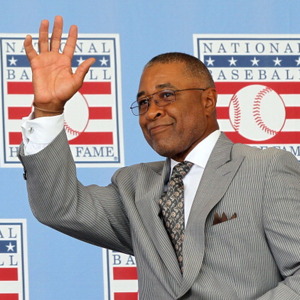