Born Oswaldo José "Ozzie" Guillén Barrios on January 20, 1964, in Ocumare del Tuy, Venezuela, the MLB veteran has rose to worldwide fame as a manager, being the first Latino manager in major league history to ever win a World Series. As a player, he was a shortstop for the MLB's teams like the White Sox (1985-97), Baltimore Orioles (1998), Atlanta Braves (1998-1999) and Tampa Bay Devil Rays (2000). At the time, he batted left-handed, threw right-handed and was often tagged with the adjective "slick" as in, "slick-fielding shortstop. Guillén played in 1,993 games accumulating 1,764 hits in his sixteen-year major league career. Once he quit playing, Ozzie briefly coached for the Montreal Expos in 2001 and 2002, and then the World Champion Florida Marlins (currently known as the Miami Marlins) in 2003. Later that year, he was hired to replace Jerry Manuel as the White Sox manager during the offseason. He continued to manage the team until 2011, and a year later landed his current position of Miami Marlins' manager. Apart from his achievements on the baseball field, Ozzie Guillen is said to be outspoken as he is often caught making controversial remarks to the media. 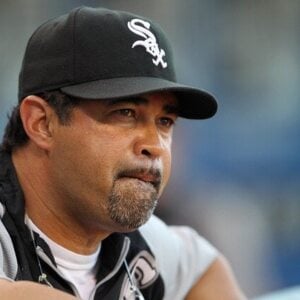