Orel Hershiser net worth: Former baseball star Orel Hershiser has pitched his way to a net worth off $20 million. Orel Hershiser acquired his net worth as one of the greatest starting pitchers in baseball history. He is now an analyst for ESPN's Baseball Today and Sunday Night Baseball. During the high school years, the three-time All Star player was the star pitcher for his school baseball team and it wasn't long that he was picked up by the Los Angeles Dodges for the 17th round of the 1979 amateur draft.

Hershiser went on to spend four seasons with San Diageo Dodgers and Albuquerque Dukes before entering the major league with Los Angeles Dodgers as middle reliever in 1984. Hershiser made his breakthrough in the 1985 season, when he led his team to win the National League West. During that time, Hershiser was third in the Cy Young Awards. The pinnacle point of his career was during the 1988 season when Hershiser broke the record for consecutive innings pitched, taking over the record of legend Don Drysdale. In addition to this, he received the Cy Young Award and The World Series MVP. He then joined the Cleveland Indians, where he helped the team to reach the World Series for the first time since 1954 and was named Most Valuable Player of the 1995 American League Championships series. Hershiser joined the San Francisco Giants and the New York Mets in the late nineties before returning to the Dodgers for his last season in 2000. He became a professional poker player for Pokerstars in 2006. 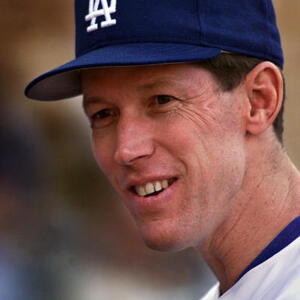