Omar Vizquel Net Worth: Omar Vizquel is a former Venezuelan professional baseball player who has a net worth of $27 million. Born in Caracas, Venezuela, in 1967, Omar Vizquel's pro baseball career began in the Venezuelan Winter League. He landed a non-drafted free agent deal with the Seattle Mariners in 1984 and made his Major League Baseball debut with the same team on April 3, 1989. Vizquel played with the Mariners until 1993 before joining the Cleveland Indians from 1994 until 2004, the San Francisco Giants from 2005 until 2008, the Texas Rangers in 2009, the Chicago White Sox from 2010 until 2011, and the Toronto Blue Jays in 2012. He finished his pro playing career with a .272 batting average, 2,877 hits, 80 home runs, and 951 runs batted in. The right-handed batter is thought of as one of the best fielding shortstops in the history of the game. He is a three-time MLB All-Star and an eleven-time Gold Glove Award winner, including nine straight wins from 1993 until 2001. Since his retirement, Vizquel has worked as a coach with the Los Angeles Angels of Anaheim and the Detroit Tigers. He holds a variety of offensive and defensive MLB records, including leading the league in all-time hits by a Venezuelan player. 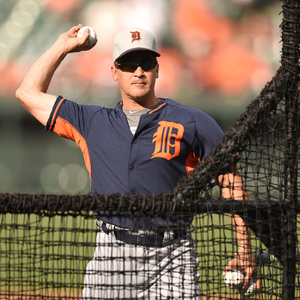