Nomar Garciaparra net worth: Nomar Garciaparra is an American retired professional baseball player and sports analyst who has a net worth of $45 million dollars. Anthony Nomar Garciaparra was born in Whittier, California in July 1973. Nomar was drafted by the Milwaukee Brewers in 1991 but he did not sign with the team. He went to Georgia Tech and helped his team make the College World Series championship game in 1994. In college he was named an ACC All-Star and first team All-American twice. Nomar was selected again in the 1994 draft by the Boston Red Sox in the first round. For three seasons he played in the minors before debuting in the majors in 1996. He played for the Red Sox until 2004 before being traded to the Chicago Cubs. He signed and played with the Los Angeles Dodgers from 2006 to 2008 and finished his career with the Oakland Athletics in 2009. Nomar was the American League Rookie of the Year and won a Silver Slugger Award in 1997. He was a six time All-Star and two-time AL batting champion. In 2006 he was awarded the National League Comeback Player of the Year. He hit two grand slams in one game and is only one of 13 players to do so. Nomar officially retired with the Red Sox in 2010 and started working at ESPN for Baseball Tonight and Wednesday Night Baseball. He has been featured on the College World Series and Little League World Series coverage. He is scheduled to be inducted into the Boston Red Sox Hall of Fame. Nomar is married to soccer star Mia Hamm and they have twin girls. 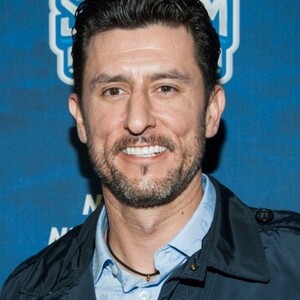