Nolan Arenado net worth: Nolan Arenado is an American professional baseball player who has a net worth of $40 million. He is best-known for playing for the Colorado Rockies of Major League Baseball. In 2019 he became one of the highest-paid baseball players in history when he signed an 8-year $260 million contract.

Contracts: In 2017 he signed a two year deal for $29.5 million. In 2019 he signed an 8-year $260 million contract with The Rockies that made him one of the highest-paid baseball players in the world. Starting in 2019 his salary jumped to $35 million per year. 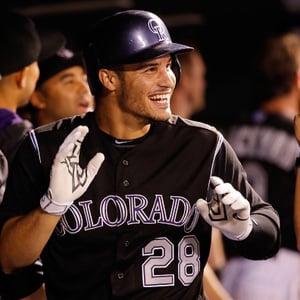