Nick Swisher net worth: Nick Swisher is a retired American professional baseball player who has a net worth of $50 million dollars. During his major league career, Nick earned around $92 million in salary alone. He earned tens of millions more from endorsements.

Born in Columbus, Ohio, Nick Swisher was a successful basketball, football, and baseball player during high school. He attended Ohio State University after graduating, where he was named Big Ten Freshman of the Year in 2000 for his first year of play with the Ohio State baseball team. The Oakland Athletics drafted him in 2002. He played on multiple minor league teams from 2002 to 2004, and then made his major league debut with the Athletics in September of 2004. He achieved moderate success over the course of the next few years, before being traded to the Chicago White Sox. He was with the White Sox for one year, but spent most of it on the bench. He was subsequently traded to the New York Yankees, where again, he played moderately well. He was then traded to the Cleveland Indians, then the Atlanta Braves and then back to the Indians in 2016. That would prove to be his final season in the major leagues.

In 2017 Nick and JoAnna paid $8 million for a home in LA's Windsor Square neighborhood. They sold this home in December 2019 for $8.7 million.

In November 2019, Nick and JoAnna paid $6 million for a home in Beverly Hills. They sold this home for an impressive $10.3 million a little less than two years later, in April 2021. 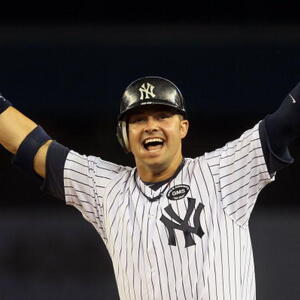