Moises Alou net worth and salary: Moises Alou is a retired professional baseball player who has a net worth of $40 million. Moises Alou was born July 3rd, 1966 in Atlanta, Georgia into a family deep in baseball. The son of former MLB outfielder and manager, Felipe Alou, as well as the nephew of Jesus and Matty Alou and a cousin of Mel Rojas, it was ironic that growing up Moises was more interested in playing basketball during his youth. Moises showed no interest in playing organized baseball until he attended Canada College in Redwood City, California at the age of 18. It was at Canada College that baseball scouts attentions were drawn to the future Babe Ruth Award recipient, among many other awards.

The Dominican American outfielder played for 17 seasons in Major League Baseball which amounted to 1942 career games. During his early years with the Montreal Expos from 1992 to 1996 he was managed by his father Felipe and later on again with the Giants from 2005 to 2006. Encompassing a batting average of .303 with 2,134 hits (205th all time), 421 doubles (144th all time), 332 home runs (101st all time) and 1,287 runs batted in (113th all time), and 102 stolen bases, he obtained the status as a five-tool player and is considered by many in the baseball world to be one of the best outfielders to play the game in the 1990s and 2000s. He is among a select few baseball players that batted without using batting gloves. When asked about this, he revealed that during baseball season he urinates on his hands to toughen them up.

Moises was also known by his teammates to be a prankster in the locker room while they were sleeping. His shoe of choice for baseball games were solely high-tops Nikes, once he made the switch from low-cut Nikes in 1992. As of 2008, prior to his retirement in 2009 after the World Baseball Classic, he was among a distinct few active major leaguers (the likes of Ken Griffey, Jr., Daryle Ward, Prince Fielder) to hit 20 home runs in a season whose fathers had also hit 20 home runs in an MLB season. He is married to Austria Alou and they are have three sons: Kirby, Percio and Moises Jr. 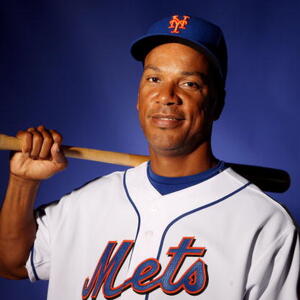