Former baseball star Mo Vaughn has an estimated net worth of $60 million. Vaughn also known as "The Hit Dog" clocked up his net worth as the Major League Baseball baseman from the early 1990's. Vaughn retired from the game in 2003. Connecticut-born Vaughn's road to baseball stardom all started when he attended a boy's boarding school. The 43 year old continued with baseball at Seton Hall University alongside all-time favourite Craig Biggio. The All Star player was snapped up by Boston Red Sox and soon gained the reputation as one of the 'most feared' hitters in the American League. His mean performance earned the Red Sox the American League MVP award. It's hardly surprising that Vaughn became the most prominent figure in Red Sox – and it's not just for his outstanding performance. During his time with the Red Sox, Vaughn has been involved in a number of charity activities.

Despite his clean-cut image as a Red Sox player, Vaughn was often at loggerheads with the team administrator (namely because of an incident where he allegedly punched a man and then crashed his car on his way home from a club.) His unsettling relationship with the team administrator, led Vaughn to become a free agent. He wasted no time in signing a whopping 80 million deal with the Anaheim Angels, the highest paid contract at the time. Vaughn was worth every penny as he continued to make record-breaking performances. However this came to a sharp halt as he was plagued with injuries in the late 1990's and was seen less frequently on the pitch. This did not deter a persistent Vaughn from the game – he joined the New York Mets in 2001. The Met noticed that Vaughn was not as physically fit when he was the Red Sox player. But this didn't stop Vaughn making history when he made one of the most phenomenal home runs at Shea Stadium. However Vaughn succumbed to another knee injury, effectively ending his career in 2003. Today Vaughn owns OMNI New York, providing low-cost rehabilitated properties within the New York Metropolitan area. 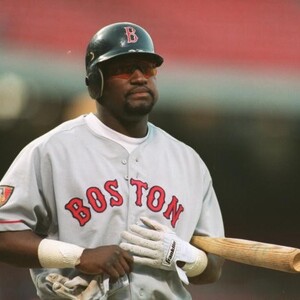