Milton Bradley Net Worth: Milton Bradley is an American retired professional baseball player who has a net worth of $23 million. Milton Bradley was born in Harbor City, California in April 1978. He was an outfielder who batted switch and threw right handed. He played baseball at Long Beach Polytechnic High School and committed to California State University, Long Beach before being drafted by the Montreal Expos in the 1996 Major League Baseball Draft.

Bradley played in the minor leagues before making his MLB debut for the Expos in 2000 where he played until 2001. He joined the Cleveland Indians in 2001 and signed a one year deal worth $1.73 million in 2003. Bradley played for the Los Angeles Dodgers from 2004 to 2005 and for the Oakland Athletics from 2006 to 2007. He played for the San Diego Padres in 2007 and the Texas Rangers in 2008. In 2009 he signed a three year deal worth $30 million with the Chicago Cubs. Bradley finished his career with the Seattle Mariners from 2010 to 2011. He was an MLB All-Star while playing for the Rangers in 2008. Bradley also won a Silver medal representing the United States in the 1999 Pan American Games. During his career Milton earned $48 million. In August 2019, Milton listed his longtime home in Encino, California for $3.8 million. 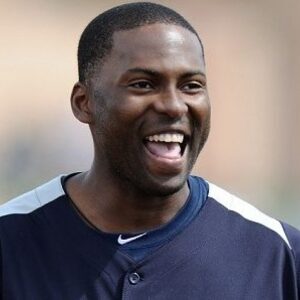