Mike Schmidt net worth: Mike Schmidt is an American former professional baseball player who has a net worth of $20 million Mike Schmidt was born in Dayton, Ohio in September 1949. He was a third baseman who batted and threw right handed. Schmidt played at Ohio University where he led the team to the College World Series.

He was drafted #30 by the Philadelphia Phillies in the 1971 Major League Baseball draft. Mike Schmidt played for the Phillies his entire career from 1972 to 1989. During that time, he was World Series champion and World Series MVP in 1980. He was a three-time National League MVP and 12-time All-Star. Schmidt won 10 Gold Globe Awards and six Silver Slugger Awards. He led the NL in home runs eight times and in RBI four times. He also hit four home runs in a single game in 1976. Schmidt had his #20 retired by the Philadelphia Phillies and was inducted into the National Baseball Hall of Fame on the first ballot. 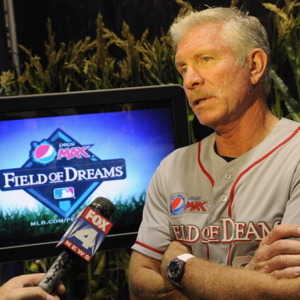