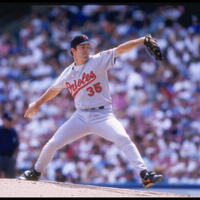 Mike Mussina net worth: Mike Mussina is an American former professional baseball player who has a net worth of $70 million dollars. Mike Mussina was born in Williamsport, Pennsylvania, and was drafted by the Baltimore Orioles right out of high school. He declined their offer, however, and went on to attend Stanford University. He graduated with a degree in Economics, as well as numerous sports honors, including being an All-American selection. The Baltimore Orioles came calling again and he signed. He spent the next two years in the Minor Leagues, playing for the Rochester Red Wings. He made his Major League debut with the Orioles in 1991, and played his first full season with the team in 1992. While with the Orioles, he was a five-time All-Star selection, and a four-time Gold Glove winner. He signed with the New York Yankees in 2001 and continued to play excellent ball. He was a three-time Gold Glove winner while with the team. In his final season with the Yankees, he became the oldest player to pitch his team to 20 victories during a season. He retired in November of 2008.