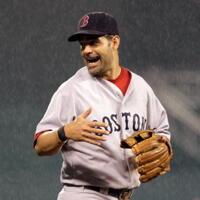 Mike Lowell net worth: Mike Lowell is a Puerto-Rican former professional baseball player who has a net worth of $35 million dollars. Mike Lowell was born in San Juan, Puerto Rico, and grew up in Miami, Florida. He loved playing baseball and went on to graduate from Coral Gables Senior High School in Florida with a 4.0 GPA, and status as the reigning king of baseball. He was offered an athletic scholarship to attend Florida International University, and went on to graduate with a degree in Finance in 1997. The New York Yankees drafted him in 1995, but he would not make his Major League debut until a year after he graduated. He then played for the Florida Marlins from 1999-2005. He was a three-time All-Star while with the team, as well as a Gold Glove Award winner, and a Silver Slugger Award winner. The Marlins also won the 2003 World Series. In 2005, he was traded to the Boston Red Sox. He played well for the team, again receiving All-Star honors, winning another World Series, and being named World Series MVP in 2007. He retired in 2010.