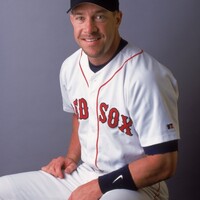 Mike Lansing Net Worth: Mike Lansing is a former American professional baseball player who has a net worth of $12 million. Mike Lansing was born in Rawlins, Wyoming, in 1968. He played college baseball at Wichita State University before the Miami Miracle drafted him in the sixth round of the 1990 draft. He made his Major League Baseball debut on April 7, 1993 as a member of the Montreal Expos. He played with the Expos until 1997 and walked up to home plate to Ozzy Osbourne's song "Crazy Train." He later joined the Colorado Rockies from 1998 until 2000 and the Boston Red Sox from 2000 until 2001. Lansing's final MLB appearance was on September 8, 2001 for the Red Sox. The right-handed second baseman finished his pro playing career with a batting average of .271. He hit 84 home runs and more than 430 runs batted in. Lansing's name was referenced in the 2007 Mitchell Report which dealt with the allegations of illegal steroid and performance enhancing drug use across Major League Baseball. He once caught the second to last out in Hideo Nomo's no-hitter bid in 2001 as the Red Sox took on the Baltimore Orioles. He hit for the cycle in 2000, recording a single, double, triple, and home run all in the same game. At the time, he did it faster than any player in the history of pro baseball.