Mike Hampton Net Worth and salary: Mike Hampton is an American former professional baseball player who has a net worth of $50 million dollars. Born in Brooksville, Florida on September 9, 1972, Mike Hampton made his Major League Baseball debut on April 17, 1993 with the Seattle Mariners. Following the Mariners he played for the Houston Astros from 1994 to 1999, the New York Mets in 2000, the Colorado Rockies from 2001 to 2002, the Atlanta Braves from 2003 to 2005 and again in 2008, the Houston Astros in 2009, and the Arizona Diamondbacks in 2010. He is a pitcher and has a win-loss record of 148-115 as well as an earned run average of 4.06. He has a total of 1,387 strikeouts. He was a two-time All-Star for the years 1999 and 2001, an NLCS MVP in 2000, a Gold Glove Award winner in 2003, and a five-time Silver Slugger Award winner from 1999 to 2003. He made his last MLB appearance with the Arizona Diamondbacks on October 3, 2010 and currently works as a pitching coach for the Arkansas Travelers in the Class AA division.
Mike Hampton Salary
What is Mike Hampton's salary? Mike's peak salary is the $15.9 million dollars he earned from the Atlanta Braves in 2008. His most recent salary was $3 million per year. His most recent contract was a $120 million deal with the Colorado Rockies. 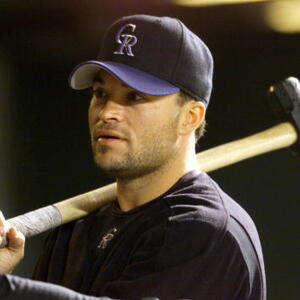